Welcome to Horror on the Orient Express – Total Recap! Perhaps you already know me from the Wizards of the Coast, Dungeons & Dragons forums, where I wrote several chronicles over many years. Most followed “Red Hand of Doom- Total Recap” and “City of the Spider Queen – Total Recap!” with well over 80.000 followers.

This time we set out with the biggest Call of Cthulhu campaign ever written. The campaign entales 19 scenarios and up to 6 investigators are allowed to participate at any one time. Since the campaign start the players participating are been the following:

Christer Bermar – my cousin and long time player 30+ years. We have played many games during the years since 1984, among others: Drakar & Demoner, Mutant, Chill, Top Secret S/I, Twilight 2000, Dungeons & Dragons, Call of Cthulhu, Symbaroum, Götterdämmerung. Christer plays Hermann and Frank.

Henric Lau Ericsson – new friend and avid player for many years. Henric used to play with Christer back in the days, Mutant and Lone Wolf. Henric plays John Yip.

Michal Burda – recently joined our group during the 3rd scenario replacing Michael Patocka who plays Maximilan von Moser. Michal is an old friend of Henric Lau Ericsson but new to the group. Michal has not created his investigator yet.

Lloyd Baltz – an old friend that used to play Mutant with us, long time player. Joined this campaign during the 3rd scenario, but played the earlier CoC scenarios couple of years ago. Lloyd plays Boris Vasilijev and Edward Natt och Dag.

Malte Mossberg – used to play Mutant with us, long time player. Has played CoC with us when we played the earlier scenarios couple of years ago, but joined this campaign during the 3rd scenario. Malte plays Doctor Murray.

Mike the Bike – long time player that joined our group recently after following us here on Obsidian Portal. Joined during the 3rd scenario. Mike plays Ian Flannery from Belfast and a Scottish professor. One is Irish and one is Scottish. Wow!

Magnus Saletti is the most recent addition and also he joined after following us on Obsidian Portal. Magnus is an experienced role player for 30+ years and he plays a German archeologist named Manfred Schultz.

(Michael Padocka – new friend and famous role playing personality in Stockholm, supporting among others Swedish rpg Symbaroum. Unfortunately Michael left our CoC campaign during half ways through the 3rd scenario. Michael will for now continue with our Symbaroum campaign alone due to lack of time.)

Most of the investigators are thoroughly described in the Characters section. The remaining one (Burda) will be uploaded soon so please keep checking in here.

Please keep following us and do not hesitate to post any comments, questions or what not. Appreciated if you avoid spoilers, thank you! :-)

Here a little teaser of the campaign: 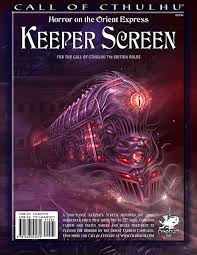 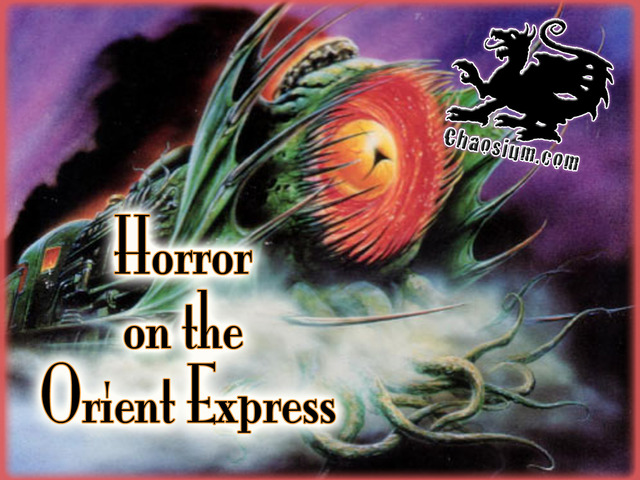 Cgregory, right on! Sanity is chipping away but still the investigators have a grip on reality. Hermann, the German Nazi author, has the highest Cthulhu Mythos score at 45 % while some are still at only single digits, happily unaware. Some of the investigators (Frank) also have some injuries with pretty low hit points after the last battle against Menkaph, his cultists and the shadows. Miss Karla Minkoff, the Russian lady accompanying the Countess, helped with first aid but not enough to replenish all damage received.

We look forward to the next session in 12 days. In the meantime please check out our Symbaroum campaign also here at Obsidian Portal: “Symbaroum – Total Recap!”. Not for those faint at heart…

Call of Cthulhu where the real questions are how many characters will each player go through? And who shall go insane first?

Horror on the Orient Express was an interesting adventure. Should be a lot of fun assuming you equate going insane with fun. :)

I'm sorry, but we no longer support this web browser. Please upgrade your browser or install Chrome or Firefox to enjoy the full functionality of this site.